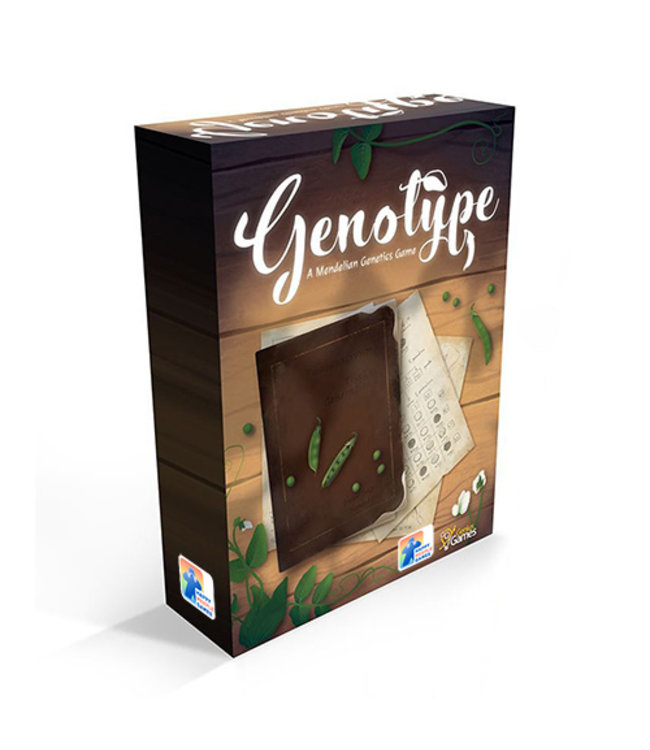 Gregor Mendel was a 19th-century Augustinian friar who has been credited as the father of modern genetics. In Genotype, you will be one of his assistants and compete to gather experimental data on pea plants. You do this by determining how plants inherit their most important traits: seed shape, flower color, stem color and plant height. The observable characteristics of a pea plant (the phenotype) are determined by its genetic makeup (the genotype).

The relationship between genotype and phenotype and the nature of genetic inheritance are at the heart of Genotype: a game about Mendelian genetics. During the game, you are given pea plant cards containing a series of phenotype traits that you try to produce and collect (such as pink flowers and a tall plant) to score points. Each round the dice are rolled to determine which plants are grown. This can create the traits you are looking for. Then each player takes turns choosing a number of dice to complete their pea plant cards or further their research. The traits produced during the dice are actually based on squares of Punnet, with the parent plants passing on one gene each.

By altering the genes of these parent plants, players can increase the likelihood of dicing the desired traits. Deploying dice to complete pea plant cards is the main way to score points in this game.