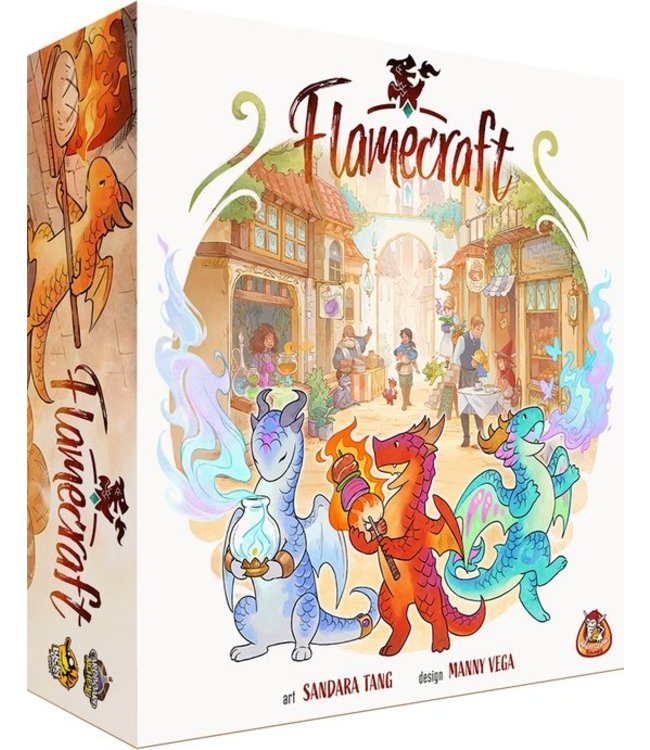 In the world of Flamecraft, little dragons are used in stores as craftsmen. The bread at the bakery is baked by a little dragon and also at the jeweler's you are helped by the cute creatures. During Flamecraft, as a flame master, you deploy your dragons to become the city's greatest and most successful flame master.

During the store visits, you collect rewards. These rewards consist of merchandise, coins, reputation, special dragons and/or craft dragons. The rewards you receive in the stores depend on the actions you perform. When you visit a store, you can perform one of two actions: collect or enchant. When you choose to collect, you receive rewards from the store, from the dragons that are in the store, and from the spell that is on the store. When you decide to enchant a store, you pay with your previously collected merchandise to gain reputation in return. The one who has accumulated the most reputation at the end of the game may crown himself the greatest flame master of Flamecraft.