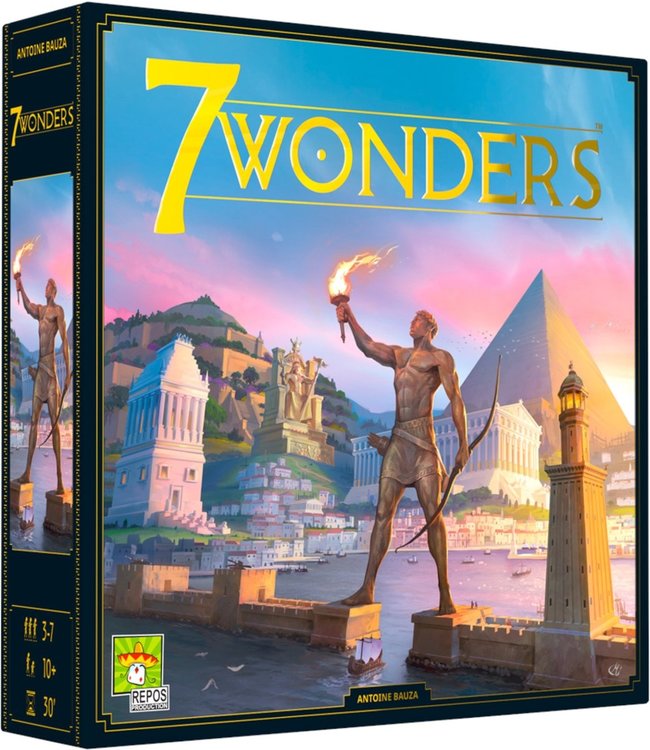 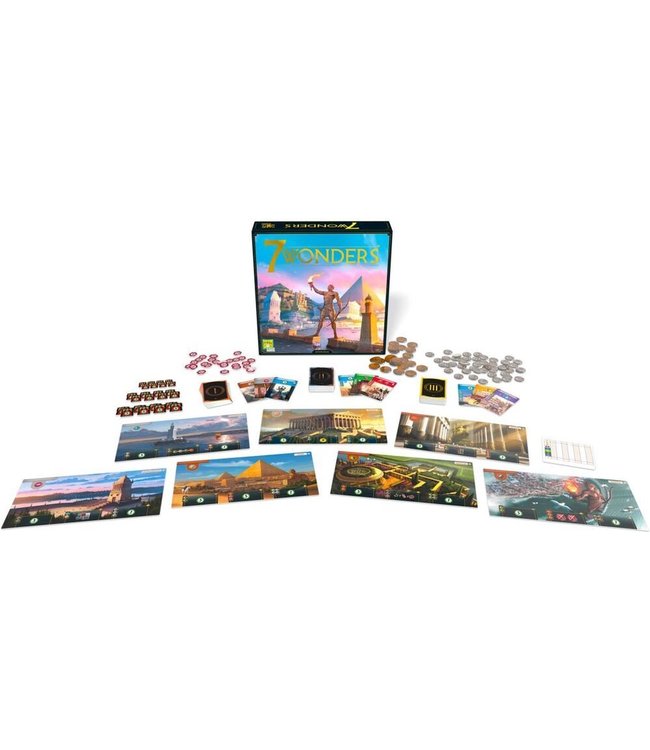 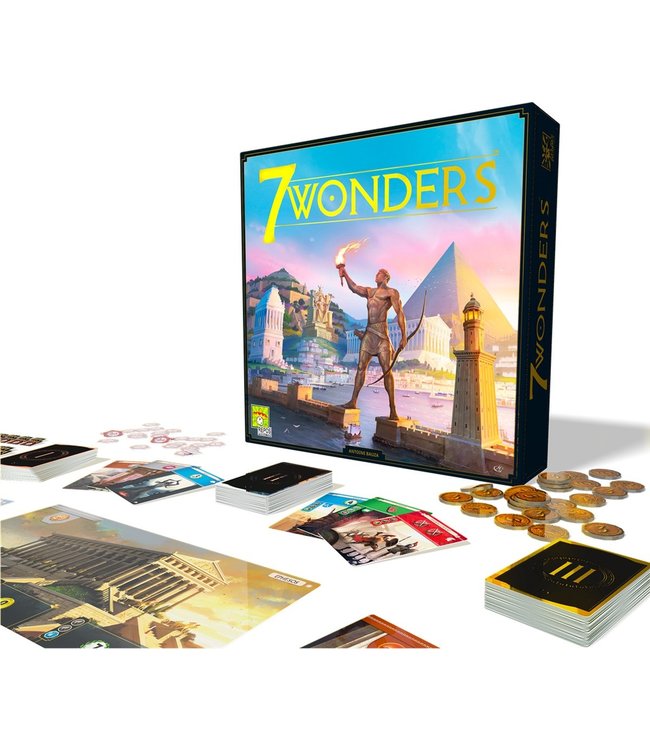 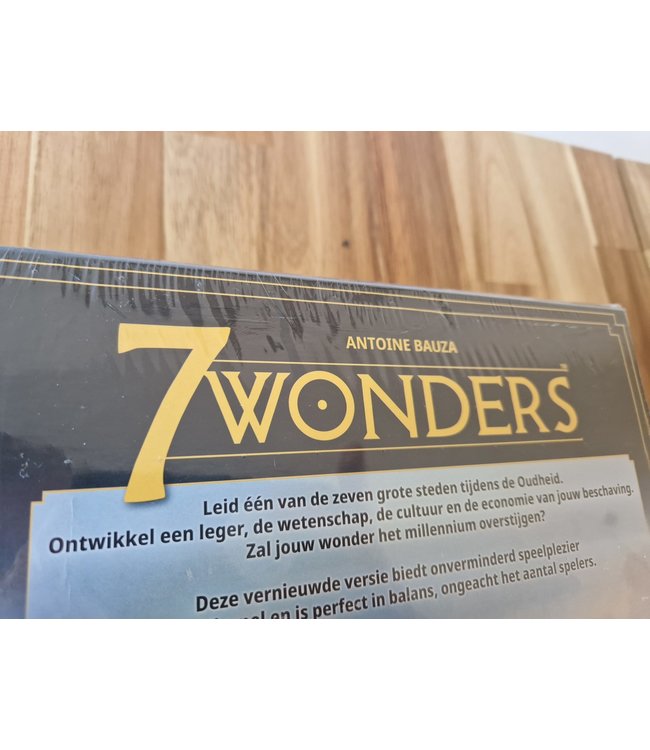 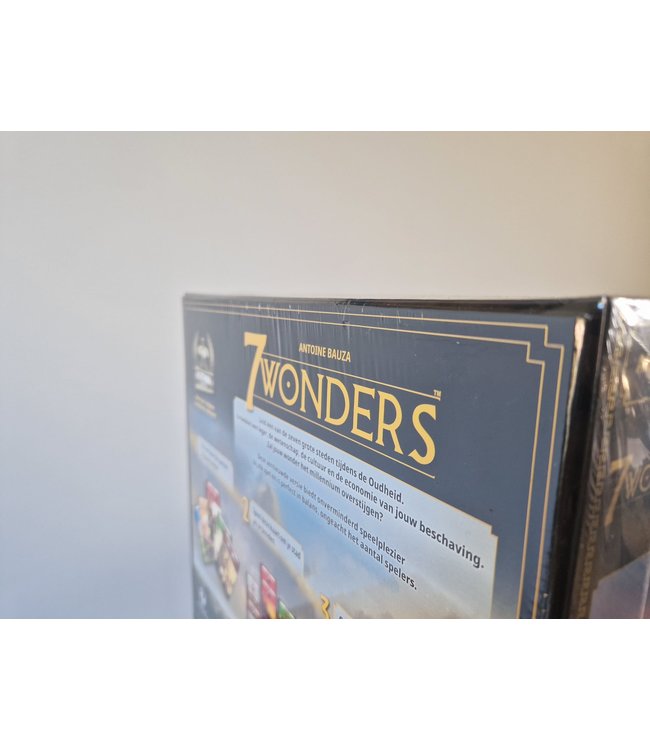 The board game 7 Wonders has been completely updated!

Besides a visual update, this new edition also contains various game components that have been modified. The layout and back side of the cards has been changed, the rules have been made more clear and the Wonder boards have been made slightly larger. These adjustments make the game even more playable and therefore more suitable for new players.

Goal of the game remains the same in this new edition: Lead one of the seven great cities of antiquity, develop your city through scientific discoveries, military conquests, commercial agreements and prestigious buildings and lead your civilization to the greatest prosperity!

A game is played in 3 rounds, called Ages, in which you simultaneously play cards to develop your city. At the end of each era, the player's military power is compared with the cities of two neighbors (neighboring cities). After Era III, you determine your city's number of victory points, Wonder, military successes and coin value. The player with the highest total score wins the game.